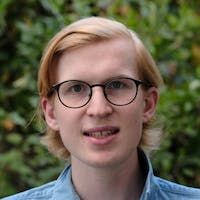 After the coming changes to WhatsApp's privacy policy were announced, many people rushed to install Signal as an alternative to WhatsApp, making it the most installed app in some app stores. If you were one of these people, congrats and welcome to Signal. But don't stop at Signal: There are more fantastic alternatives that you can replace other apps with right now.

Note: Many of the mentioned apps are federated/decentralised -- why does that matter? The advantage of federated services are that you don't rely on a central entity or server and as a result of that, the network can't be controlled by one person.

Yes, I know you've just switched to signal, but I thought this needed to be mentioned: Signal is centralised. If you'd rather use a decentralised service, Element/Matrix is a fantastic chat app.

Continuing with decentralised/federated apps, I encourage you to take a look at Pixelfed. Of course it doesn't have the same user base as Instagram, but it's a well-designed alternative which isn't missing any features.

Mastodon has already been here for a few years and is an federated alternative to Twitter. You can run your own personal server or join an existing one. Existing servers are often focused about a specific topic or location, but you can follow and see posts from everyone, including people from other servers, and can even choose to switch your account to another server later on.

To make switching easier you can use a bridge, like moa.party to cross-post your posts to Twitter.

I've recently started a Mastodon server meant as a Twitter replacement for the tech community. If you want to give Mastodon a try, why not join it?

Etherpad is a real-time collaboration editor, similar to Google Docs. It has many of the same features and can be self-hosted. You can use an instance hosted by Wikimedia (the foundation behind Wikipedia) for free and without having to register.

Brave is a fantastic browser. It's built-in ad and tracking blocker is better than anything I've tried, because of the blocker, it's much faster than other browsers. It's built on Chromium, so you can still use all Chrome extensions.

You can choose to activate Brave Rewards, which will show you ads based on your interests (this data is collected, analysed and stored locally on your computer/phone and never leaves your device) and reward you with its own crypto currency, BAT, which you can in turn automatically give to the sites you visit. It works without you having to think about it.

There are too many replacements to popular services to list them all, but these are the ones that I found the most interesting. If you are serious about privacy, I encourage checking out privacytools.io, a website dedicated to listing out all the alternatives.